This is quite an old comic strip which I created in 2005. At the time I was still producing a lot of work for the groovy people at Hope Street Studios in Glasgow, but it wasn't stoner humour so I kept it on the back burner, and so it has sat hidden in my files for the last few years. I can't remember why I made the guard into a French-style gendarme. I hope you enjoy it. 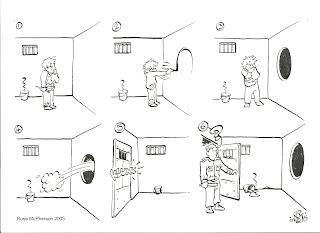 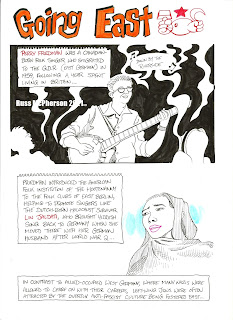 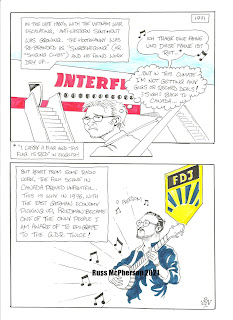