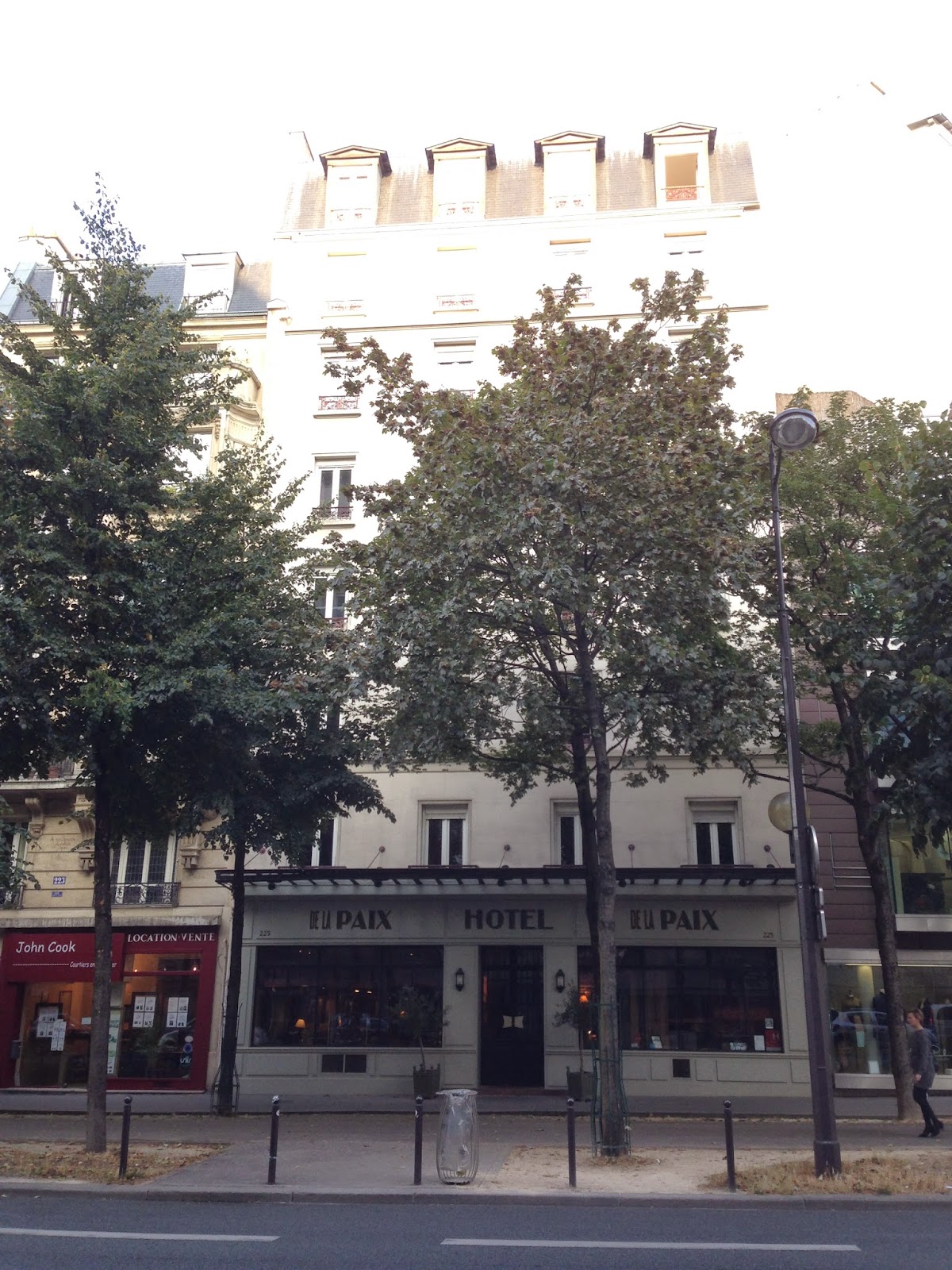 I discovered recently that there is a Peace Hotel in Paris. In the Montparnasse district to be precise. Can anyone tell me what its like? I am tempted to stay there next time...
Posted by Russ McP at 14:08 1 comment: 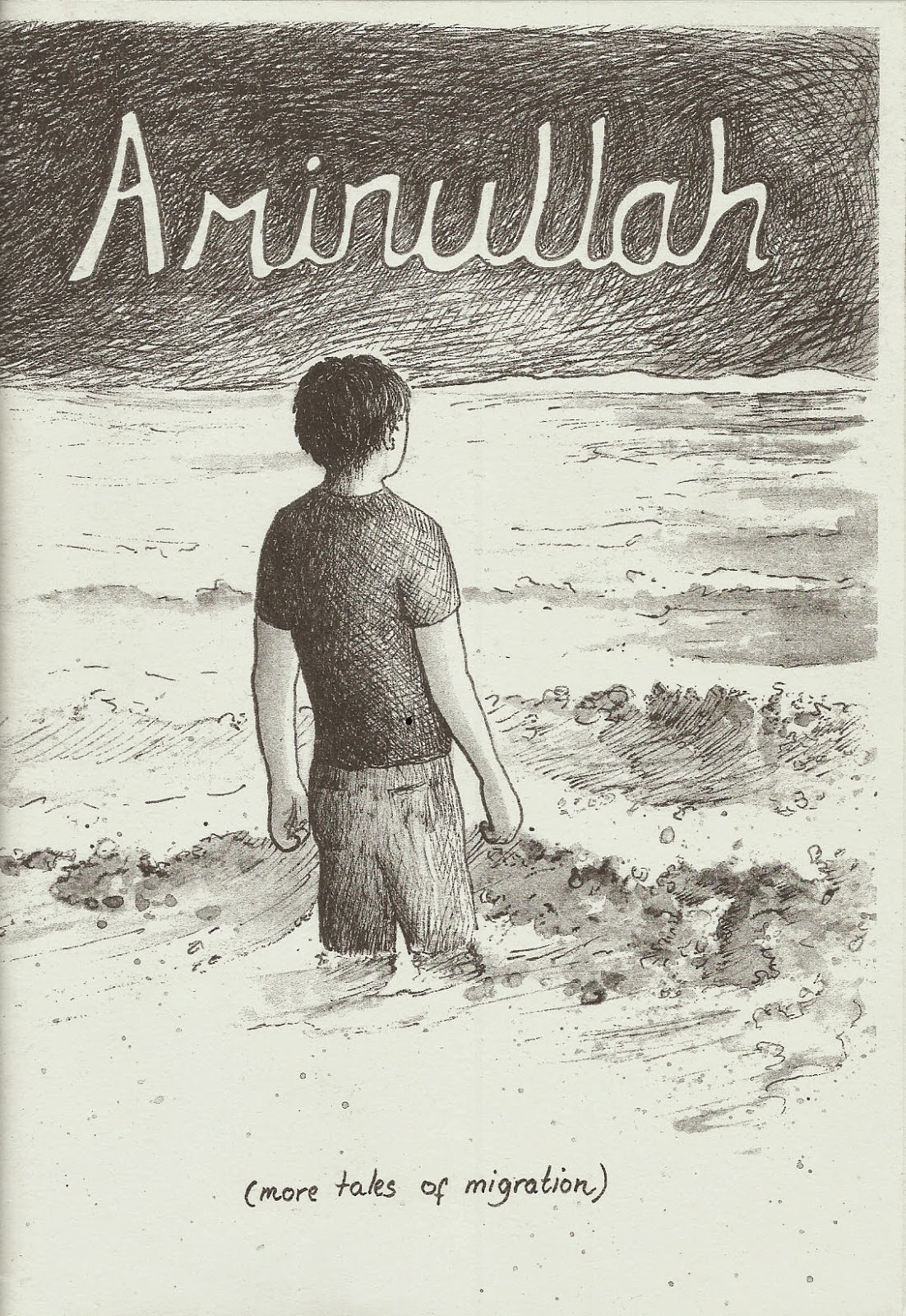 Subtitled "more tales of migration" this is a heart-rending collection of stories from the lives of migrants, from the powerful title story to the many other accounts of people fleeing violence and persecution only to meet more of the same in Fortress Europe. What is especially useful about this little 'zine is that it also tries to document tales of struggle and resistance, and ends with some practical advice both for illegal immigrants in the UK and those wanting to show solidarity.

The perfect gift for anyone who wants to understand the lives and struggles of some of the most demonized and neglected human beings on our planet. Someone should really give Tony Abbott a copy!
Posted by Russ McP at 07:31 No comments: 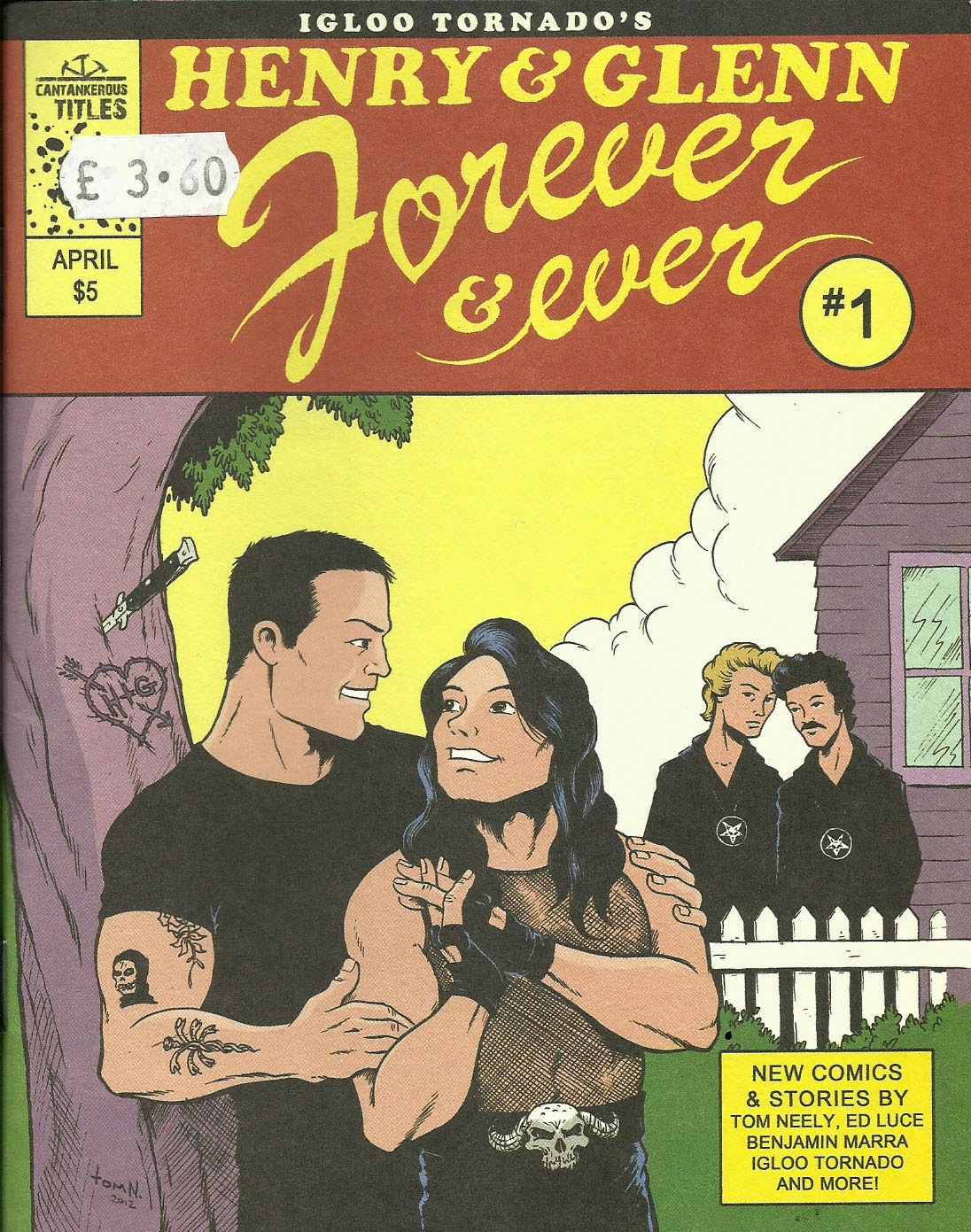 How could I not pick this one up? After all, when you find a satirical romance comic about a great love affair between Henry Rollins and Glenn Danzig... well, it is so unique and unexpected that you just have to. Even if the love affair in question exists solely in the minds of a group of very talented artists and writers the result is still hilarious.

The zine, published by Cantankerous Titles of Portland, Oregon, is the creation of Tom Neely, with additional art by Ed Luce, Benjamin Marra, Scot Nobles, Christopher Cooper, Eric Yahnker and Keenan Marshall Keller, and I discovered my copy in the charming independent comic shop Traveling Man in Newcastle-upon-Tyne, which is very supportive of both local and international 'zine culture.

One of the most colourful places in the world 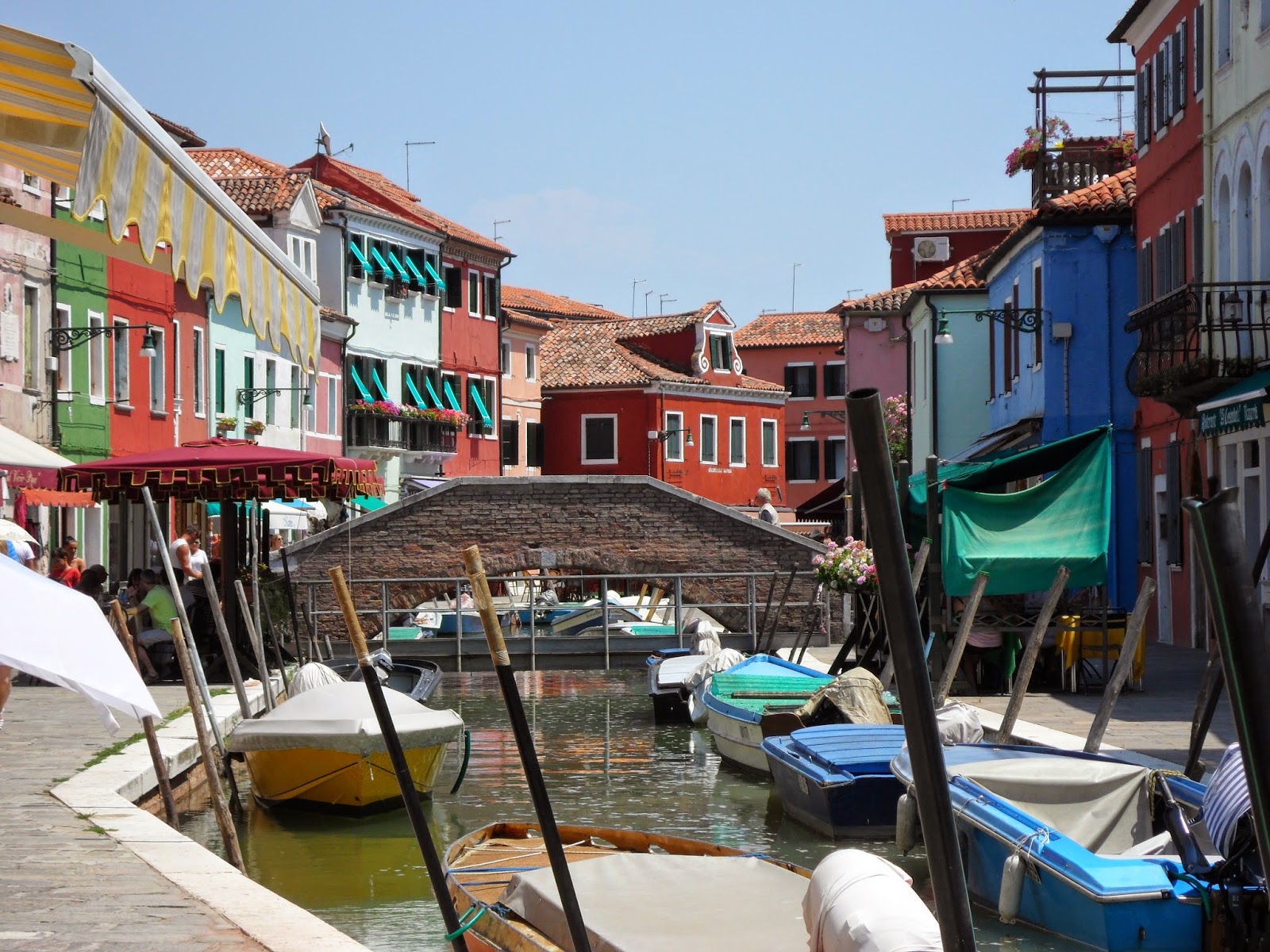 During our honeymoon in Venice, Jane and I stopped off at the island of Burano, in the Venetian lagoon, which is famous for its lace production, and has also been described in numerous places as one of the 10 most colourful places in the world.
The colour, especially on the clear blue day that we visited, is striking, but it is said to go beyond pure aesthetics. Once a fishing town, the practice of painting ones home in bright colours was apparently intended to make it easier for fishermen to identify their homes when returning in the evening. 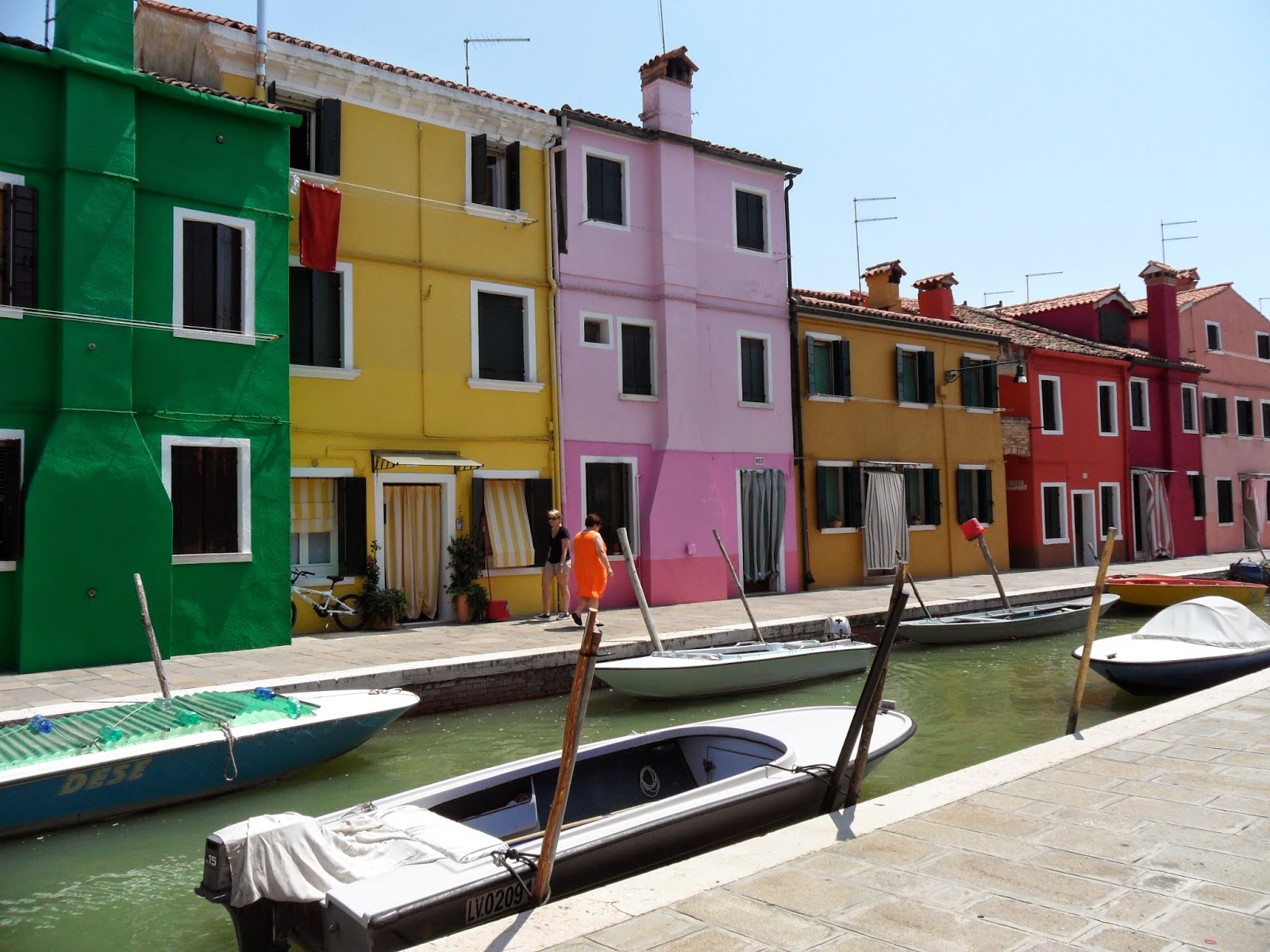 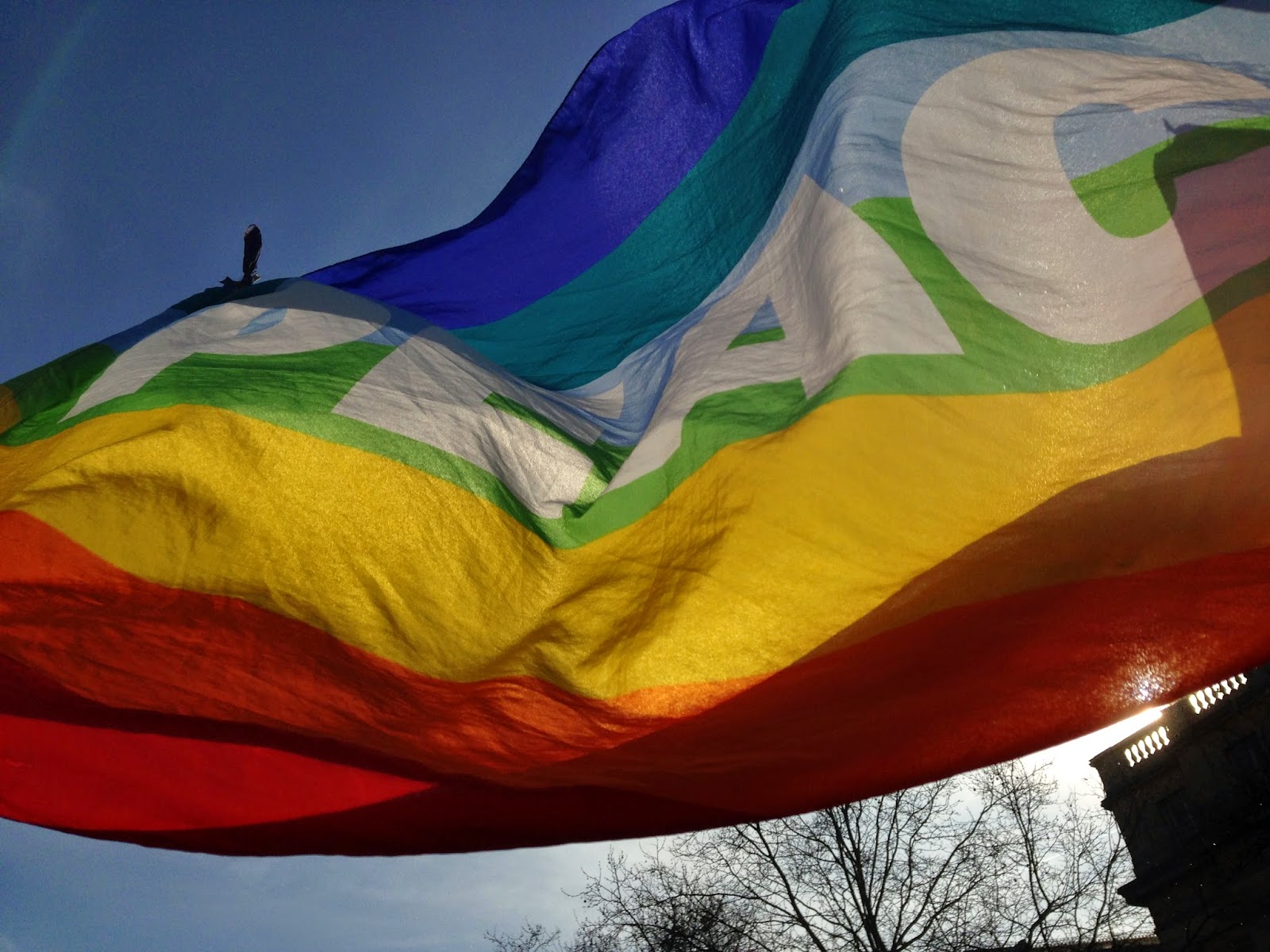 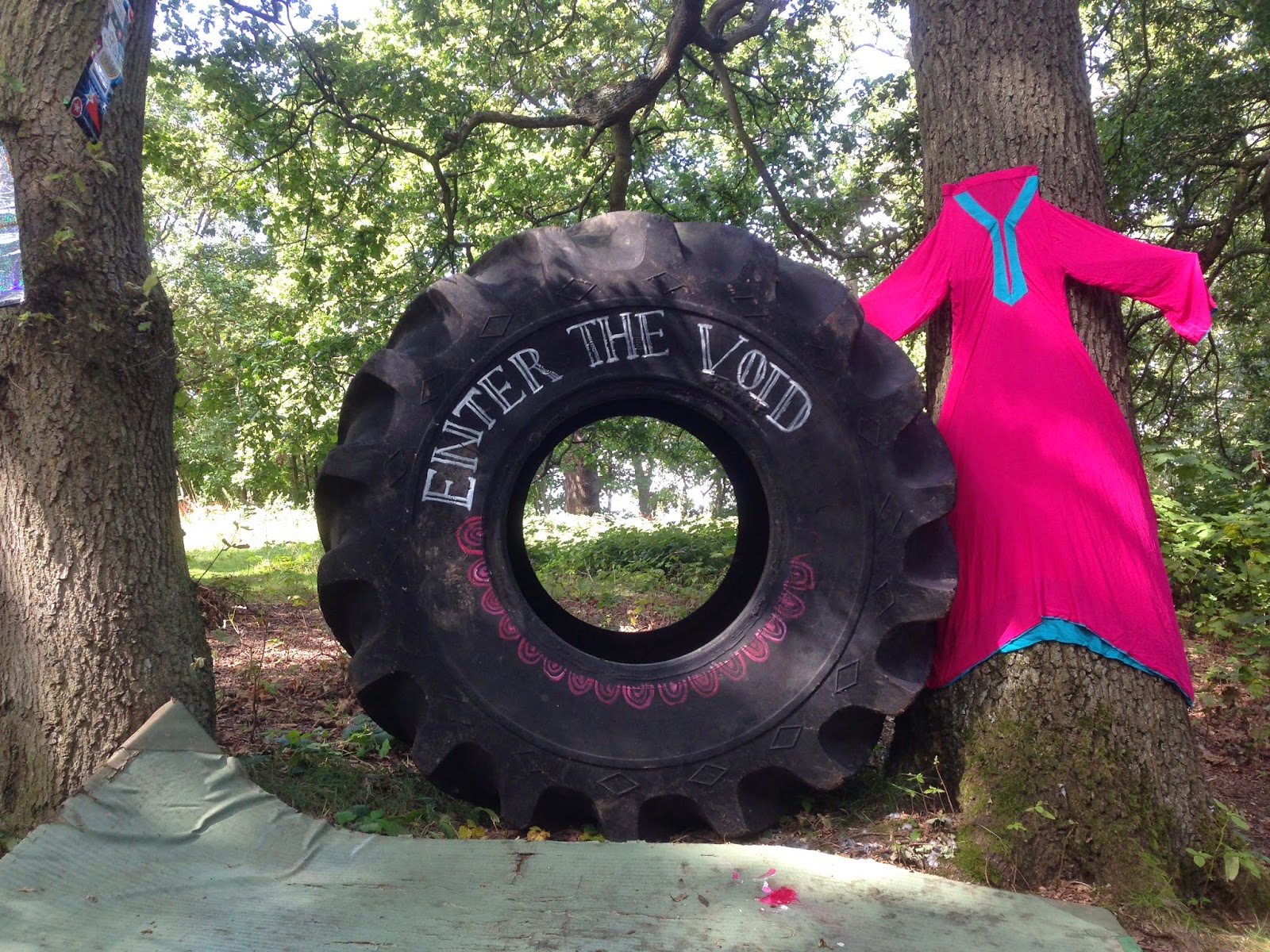 On Saturday the 23rd of August I visited Runnymede Eco Village, which lies in woodland at Cooper's Hill, a fifteen minute walk from Egham town centre, overlooking beautiful Surrey countryside. The weekend had been set aside for a two, then a three-day, free festival, which according to the promotional flyer posted on the website would include workshops on circus skills like juggling, spoon carving, a wild food walk, educational talks on the law of the land, an acoustic stage and a woodland cafe. 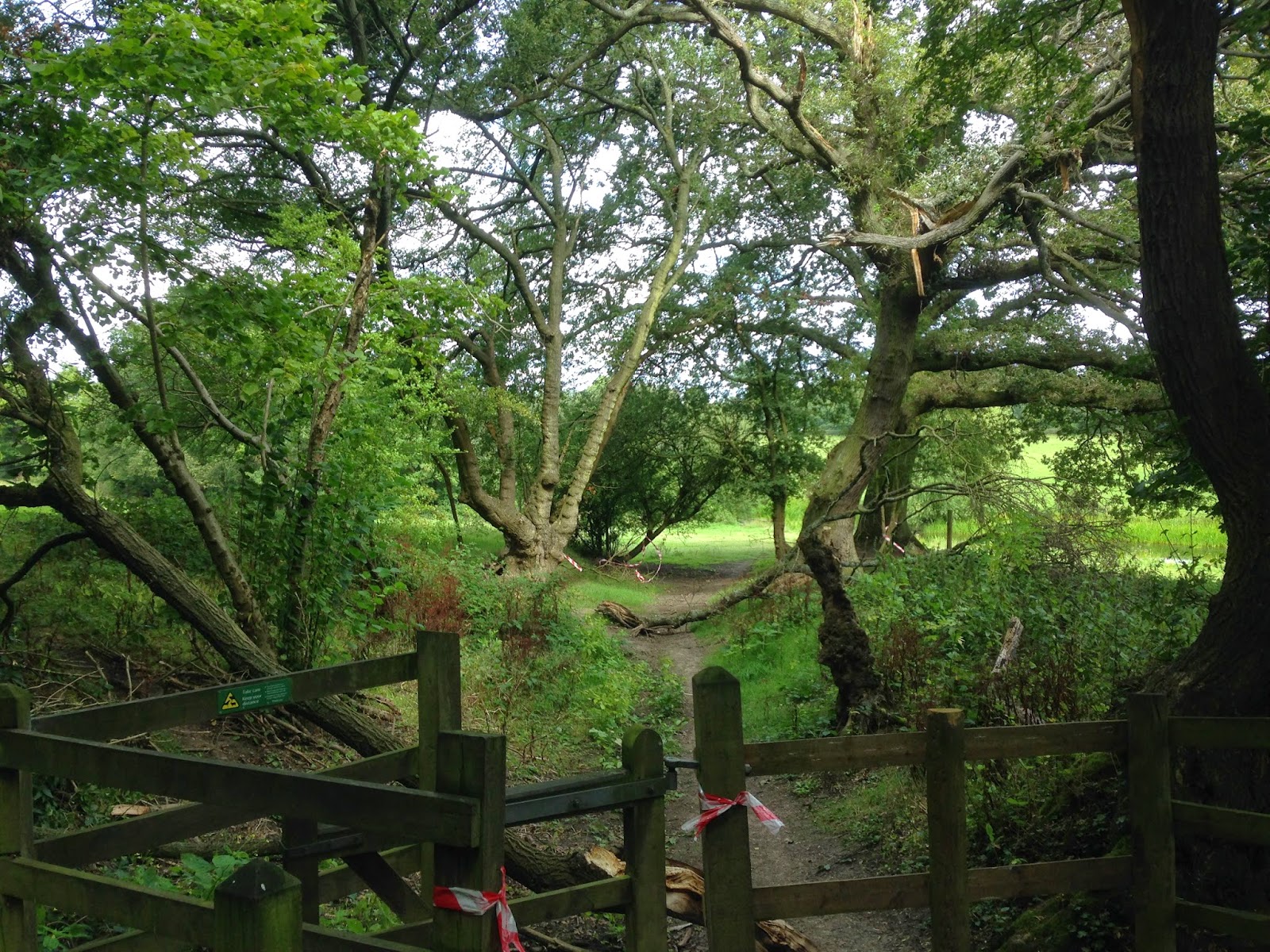 A stile leading to the National Trust Park


I was glad to escape the noise of the dual carriageway for a pleasant walk along the woodland path which leads into the woodland of Cooper's Hill Coppice, which sits next to the National Trust owned Runnymede Park. At this time of the year the sides of the path are alive with blackberries, most of which were fully ripe, and other creatures like rabbits and squirrels. Along the way you pass the fields filled with cows and occasional groups of cyclists and dog walkers. 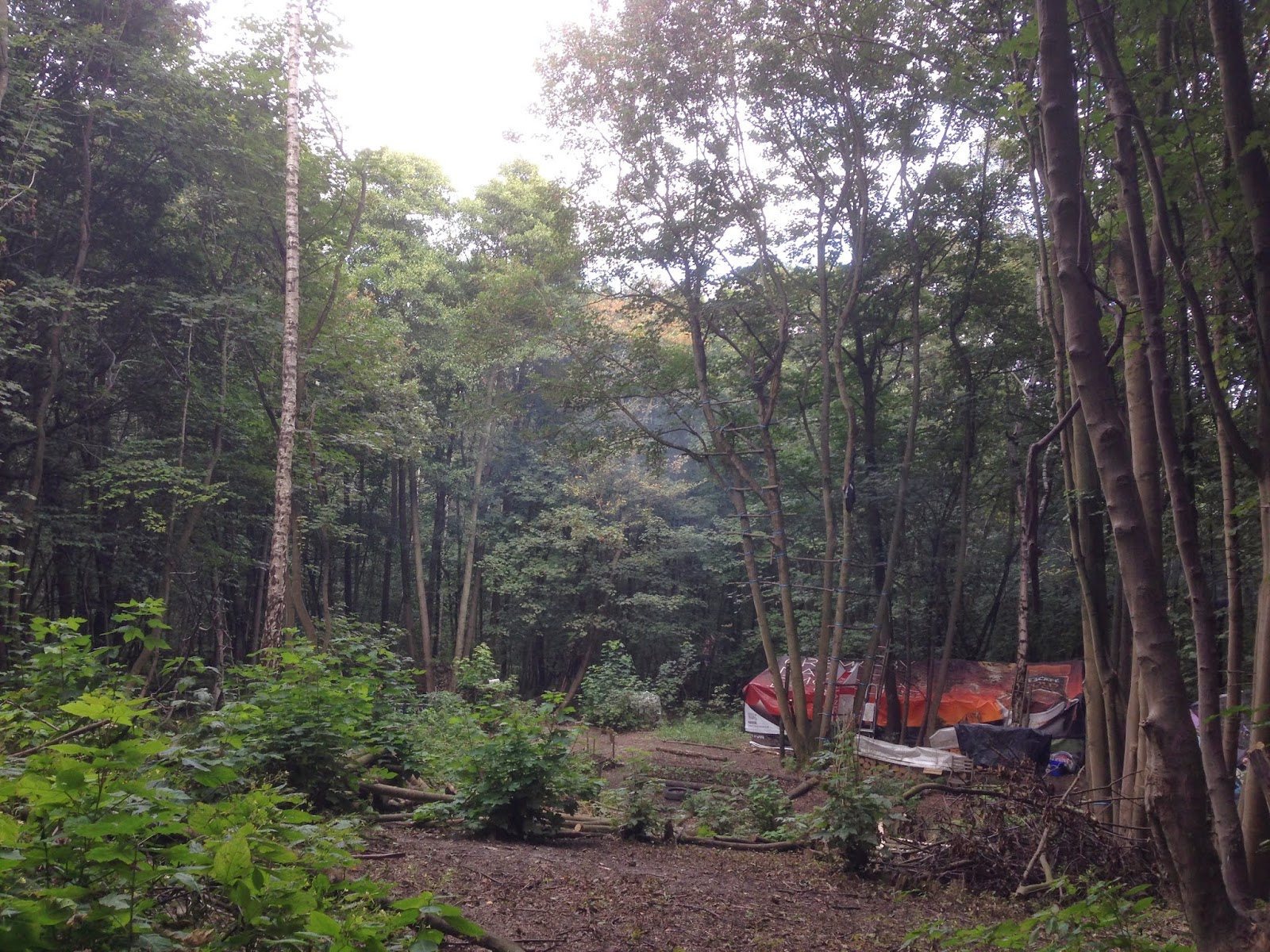 When I eventually came to the 16th century-style longhouse where meals are prepared I found a group of people sitting around the fire, one guy playing an acoustic bass guitar. It was about mid-day so I asked if the wild food foraging workshop had happened yet.
“Bit early for that yet!” was the response I received, which told me instantly that I should stop and re-adjust my body clock to hippie-time. A conversation with one of the stalwarts of the village, who took umbridge with my use of the word “work” led me to drop this completely from our conversation. “Will you be doing any playshops?” I asked. No, but later he might go up to the temple near the top of the hill and rant. He was a “ranter”. The Ranters were a radical grassroots movement that existed in medieval England around the same time as the historical Diggers, the movement which inspired the creation of this Eco Village at Runnymede two years ago. To date the Runnymede Eco Village has been in existence for twice as long as the Diggers that occupied wasteland on St George's Hill in 1649. 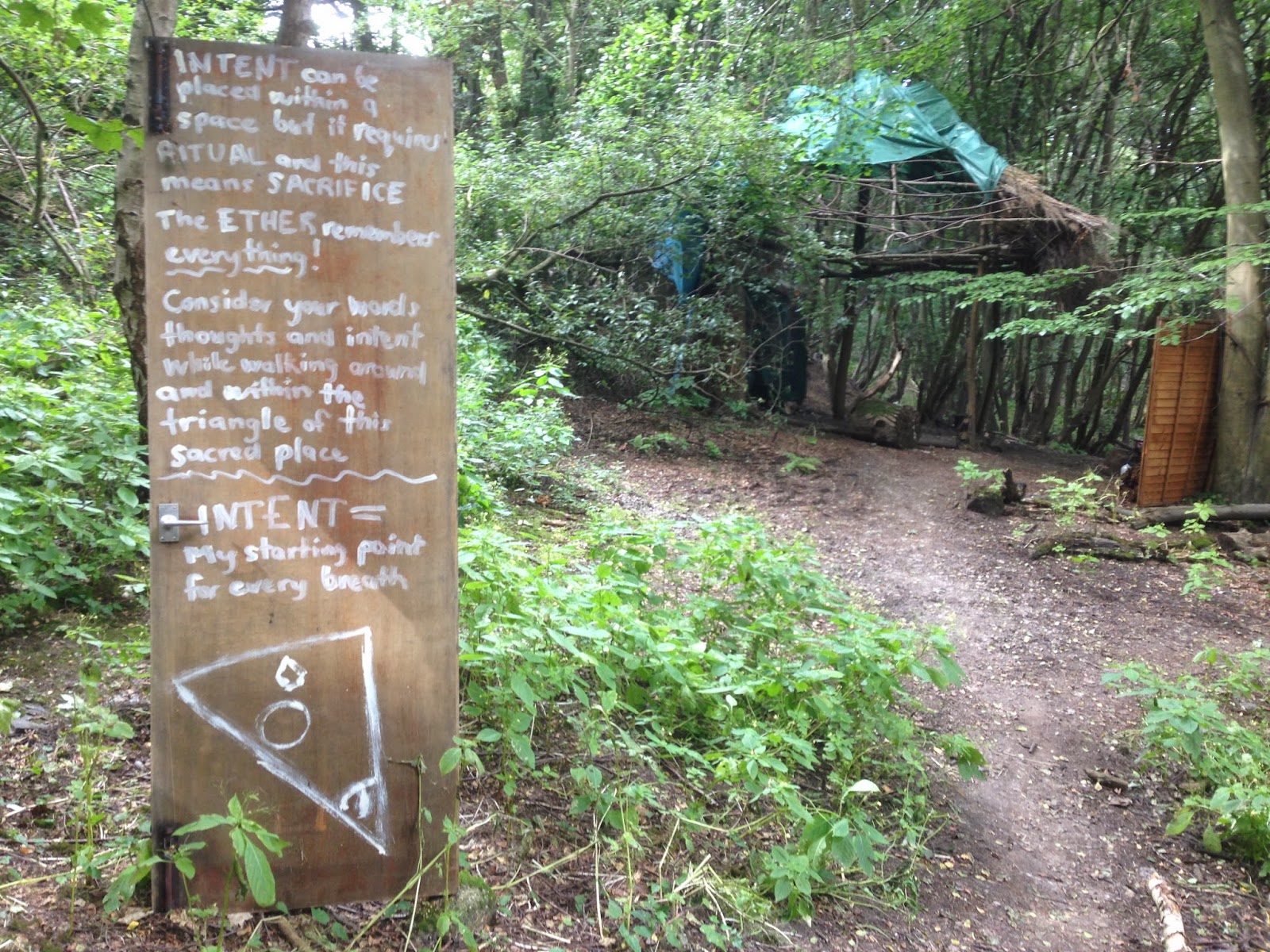 The path leading to the Temple

There was interesting conversation around the fire about similar communities to this one, both in history and in our own time, and I met many people from different countries, as well as a few familiar faces who have been involved in radical eco communities for years.
In summer the number of residents grows to somewhere between twenty and thirty people, but in winter when the ground becomes increasingly muddy and the weather colder and wetter, this number shrinks to a core group of about five or six committed individuals who treasure the experience of living “outside the matrix” in a life more connected to nature. 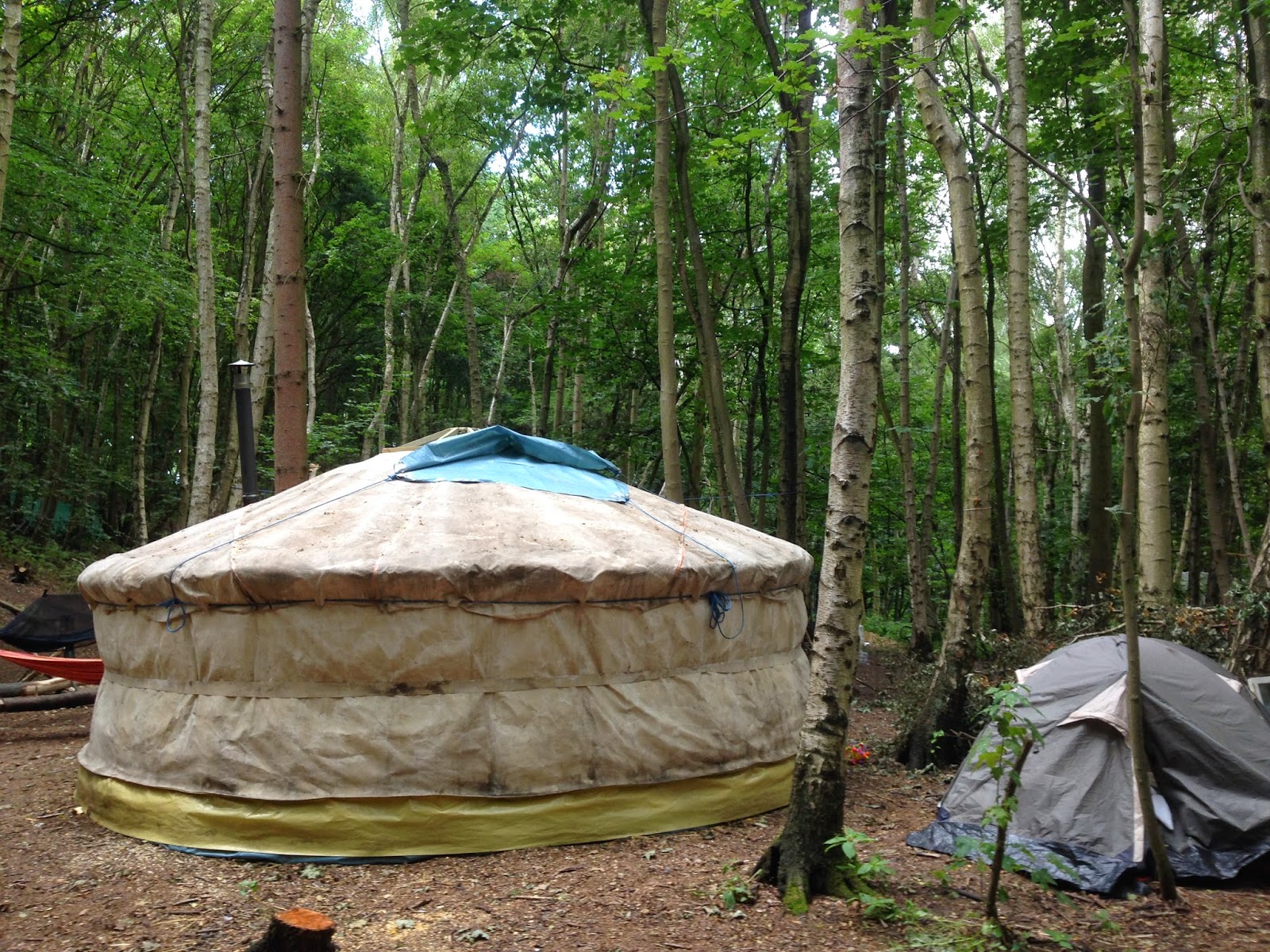 A yurt in the Rainbow section of Runnymede Eco Village

The perception of time which I touched on earlier is key to this kind of life. The price we pay for the convenience of modern industrial society, where it takes a second to turn on the light, is that we become reliant on energy companies, and the jobs we need to pay their bills. When it takes half an hour to “turn on the light”, as one villager put it, this puts you in an entirely different frame of mind with regards to time, but it makes us more aware and more responsible of the process it takes to get that light – from collecting wood, to getting it lit properly, all of which can take up to half an hour – because we are intimately involved in every step of the process. 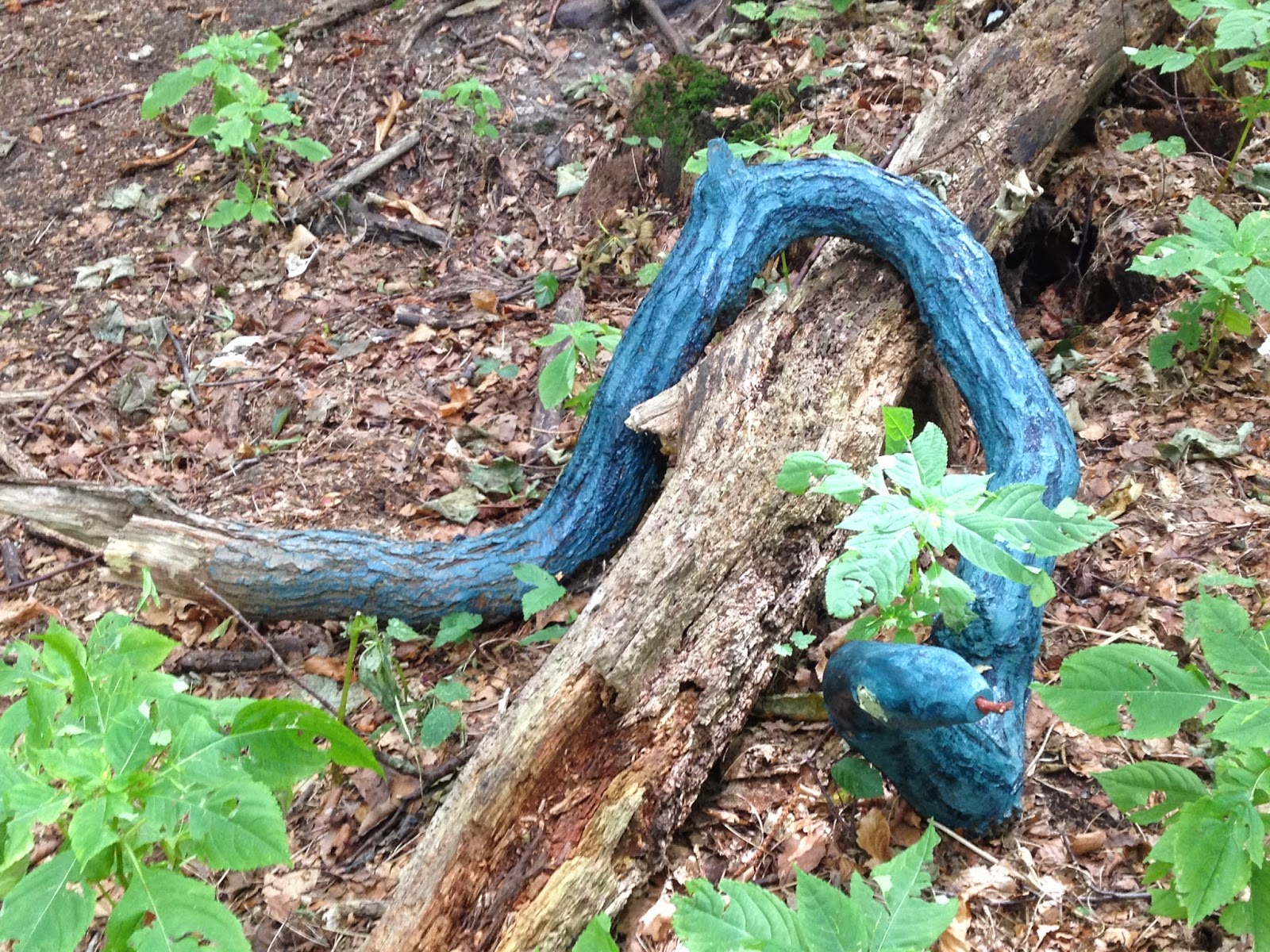 Spending time at a place like Runnymede Eco Village is about reconnecting ourselves to the reality of a life lived close to nature, and not by the unsustainable rhythms of cities or market economics.
Posted by Russ McP at 06:34 2 comments:

Some reflections on the coming of spring 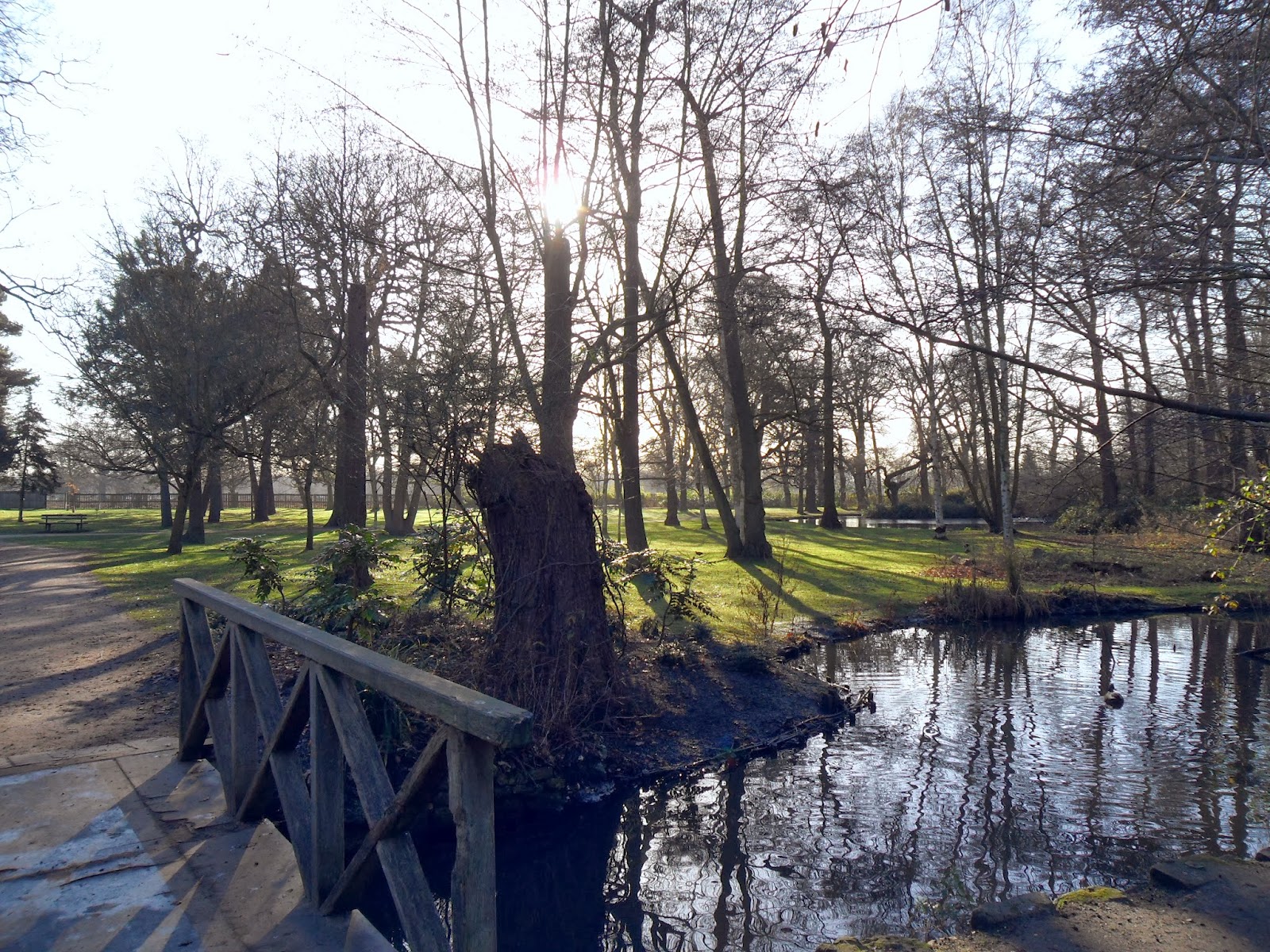 It is not good to dwell too long in the realm of abstracts, divorced from the breath and touch of real life.
It is springtime here. The sun shines, and uncountable numbers of buds and blossoms emerge from their winter slumber. Looking up into the sky I see an endless swathe of blue, interrupted only occasionally by the darker shadows of birds in flight. There remains a chill in the air, but it does not freeze the senses so much as awaken them to life.
In the garden here there is still a lot of old growth, blocking the light and choking the avenues through which fresh shoots may appear and seek to grow, yet I know that with careful, diligent, persistent work a space can be cleared for the green shoots of the new year.
Posted by Russ McP at 02:54 1 comment: