A ride through the Heathrow villages 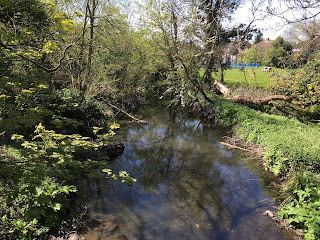 The River Crane passes through Cranford on its journey south to join the Thames.
Berkley Meadows can be seen in the background of this pic

This is the record of a journey I made by bicycle in early May of this year, as research for a new project I am working on. The spring was just starting to give way to summer, so there were still a few trees bursting with blossom, but by now most were fully in leaf.

I followed the rough path of the Crane Valley, travelling north. The Crane is so-called because it is forged by the river of the same name, which back in the nineteenth century was a dumping ground for industrial pollutants from, among other things, a local gunpowder factory. The river has been cleaned up in recent years and is now increasingly a haven for wildlife. 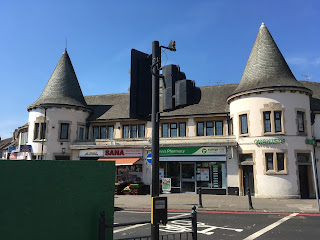 Continuing northwards I arrived at Cranford, a suburban town which is part of the London borough of Hounslow, and apart from the striking architectural features at one of its main junctions also includes the stunning Avenue Park. A beautifully maintained expanse of leafy colour, the park also has a very well equipped children's play area. What surprised me the most however was the free, open air gym equipment. 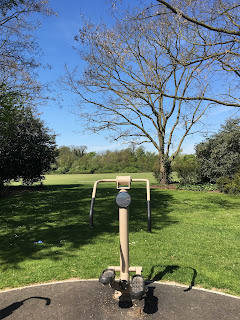 Heading west out of Cranford, and crossing the little stone bridge over the River Crane, I now found myself in Harlington, a small village which forms part of the neighbouring borough of Hillingdon, and includes the glorious landscapes of Cranford Country Park and Berkley Meadows. The latter takes its name from the wealthy family that once owned Cranford Manor. 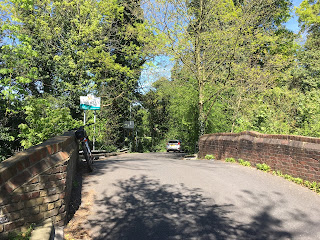 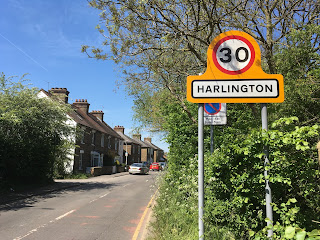 The journey west from Harlington to Sipson can seem repetitive at times, but as it is surrounded by fields on both sides it makes for an infinitely preferable route to riding along Bath Road, the busy dual carriageway which borders the airport to the south. 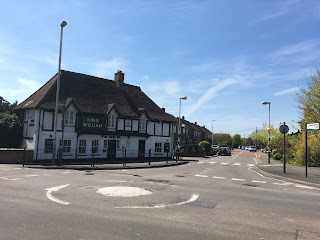 The King William pub sits in the centre of Sipson,
at the corner of the road to Harmondsworth

My journey took me through the small village of Sipson, which about ten years ago faced the prospect of complete destruction to make way for a third runway for the airport to the south. Due to a fierce campaign waged by a broad coalition of local campaigners and assorted eco warriors Sipson - including its church and local pub - still stands today. 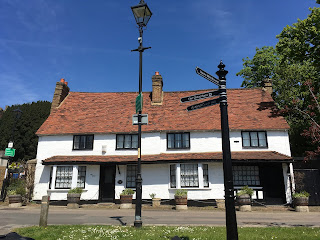 A row of cottages in the heart of Harmondsworth village 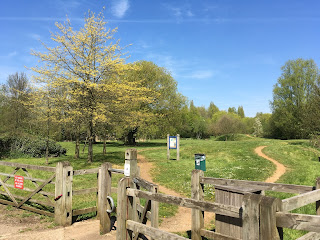 I ended the ride on this particular day in Harmondsworth village, which I still find striking in its traditional charm. There is a lot of beauty in this region, and I would urge anyone reading this to take the time to experience it themselves.

More doodles to follow soon.
Posted by Russ McP at 13:37 No comments: