A little bit of Arabia in the heart of Paris 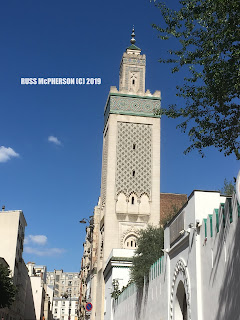 I haven't been to Morocco since 1994, but for a brief moment in time it almost feels like I have left the streets of southern Paris behind and I am deep in the Casbah of Tangier. 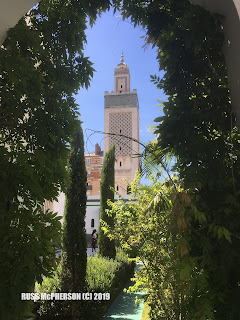 According to Mrs McPherson, during WW2 this majestic building was used as a makeshift school for Jewish children, whose families were being sheltered from the Vichy government of Nazi collaborators by Algerian partisans involved in the French Resistance. 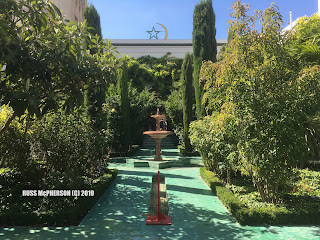 As a counter-balance to the intense history associated with the Grand Mosque is the cafe which occupies one corner of the site, where beautiful mint tea again transports me back to a Tangier of the mind. 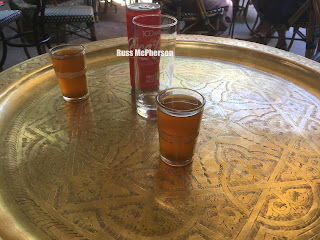 I simply cannot do justice, at present, to the beautiful intricacy of Islamic design, so I am letting the photographs speak for themselves.


The second part of our new series of web tutorials teaching the raw basics of drawing that pretty much anyone should be able to master.
Posted by Russ McP at 03:46 No comments:


My first YouTube tutorial, aimed at complete beginners, in which we explore how much you can convey with a stick man.
Posted by Russ McP at 14:21 No comments:

The Music and Movies of Independent Algeria

This article, like my other articles about the music or films of Venezuela or comic art around the world, is intended as an introduction, a brief overview, of the popular culture of a country that is all too frequently ignored in European countries like my own.

I begin by looking at Rai music.
“Rai” is a form of Algerian folk music which originated in 1920s Oran (in French colonial Algeria, Oran was sometimes known as “little Paris”). At that time the city in the west of the country was a cultural melting pot full of nightclubs, with a large Jewish, Spanish and (of course) French population living alongside the native Arab and Berber population.
Rai music is traditionally sung by the cheb, or shabab (“young”), and the style developed in the poorer, working class neighbourhoods of the city, out of traditional Berber folk styles.
Derb, the Jewish quarter, produced musicians like Reinette l'Oranaise (1918-1998) and Saoud l'Oranais (1886-1943), the latter being not just a band leader but also owner of the original Cafe Oran venue.
A popular female rai singer from the 1940s onwards was Cheikha Rimitti (1923-2006).

Sidi el Houari, the old quarter (like a Casbah) of Oran, sits out in the west of town beside the docks, in an area that used to be made up largely of Spanish fishermen, a population which vastly expanded after 1939 and the fascist victory in Spain. It remains a poor neighbourhood with few transport links even today.
Rachid Baba Ahmed (1946-1995), who often sang in a duo with his brother Fethi, and ran his own record store, was tragically assassinated by Salafi Islamists during the civil war that disrupted the country during the 1990s.

A younger rai musician, Cheb Hasni (1968-1994), whose song 'El Berraka' concerns an evening of drunken sex, like so much rai music a reflection of the lives and social conditions of the people, was killed by the same ultra conservative forces.

An Algerian singer with a far more mainstream pop sound was Freh Khodja, whose songs in the 1970s and 80s often dabbled in funk, disco and even reggae!

The most famous Algerian film in Europe and beyond is probably Z (1968), an Algerian-French joint production which was directed by the left-wing Greek director Costa-Gavras. The Battle of Algiers (1966), an Algerian-Italian documentary about the independence war, directed by Gillo Pontecorvo, is also very well known.
I understand that the US military even organised screenings of this latter film for Pentagon officials prior to the 2003 invasion of Iraq, although it is hard to understand how a film about an indigenous guerrilla war bears any relation to a foreign-backed regime change invasion...

There are a few examples of films made exclusively in the Arab world around this time which still make good viewing today.
Egyptian director Youssef Chahine's 1958 historical drama Jamila, the Algerian was produced in Nasser's Egypt, clearly out of solidarity with the cause of Pan-Arab national liberation, as the independence war against French colonialism in Algeria was still ongoing at the time this film appeared.
Chahine's film, with its fast-paced dialogue, focuses on Djamila Bouhired, one of the most important female revolutionaries to emerge during the Algerian independence struggle. Born in 1935, she continues to make her home in Algiers, where she remains politically engaged in a number of different causes including the women's movement, which has sadly seen rather less success in Algeria than the cause of national independence did.
In the post-independence context, Chahine also directed the first Egyptian-Algerian co-production. Le Moineau (The Sparrow in English, or Al-Asfour in its native Arabic) is a political drama set during the Six Day War of 1967. It did not receive a UK release until 2007! 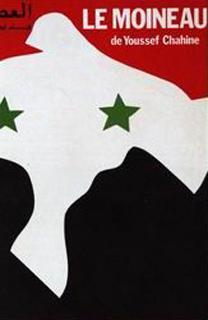 Mohammed Lakhdar-Hamina won an award for Best First Work at the 1967 Cannes Film Festival for his war drama Le Vent des Aures (The Winds of Aures), and would follow it with the war comedy Hassan Terro (1968) and the epic Palme d'Or award-winning historical film Chronique des Annees de Braise (Chronicle of the Years of Fire) (1975).

I could go further, outlining the contemporary cultural scene in 21st century Algeria, in particular how the country was affected by endemic corruption and an uprising of ultra-conservative Salafi forces during the 90s, but I will save this for another article, in which I will also talk more about Algerian literature.

A recent book by the French historian Alain Ruscio (b.1947), a contributor to France's longest-running left-wing daily newspaper l'Humanite, may also add some useful context for those wanting to understand more of the country. Les communistes et l'Algerie. Des origines a la guerre d'Independance, 1920-1962 (published by La Decouverte in 2019), examines the role of leftist movements in Algeria in the decades preceding independence.
Posted by Russ McP at 09:40 No comments: