The March of Progress? 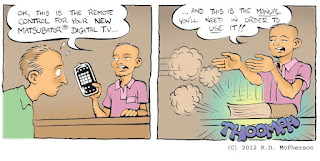 A while ago I started developing the idea of a comic strip focusing on our relationship to technology, but with a degree of satire that verges on the luddite. 'The March of Progress?' was the result. I've done a few short strips so far, one of which you can find in the latest issue of new age parenting magazine JUNO. Get it at your nearest health food store or online at http://www.junomagazine.com/
Posted by Russ McP at 14:11 No comments: 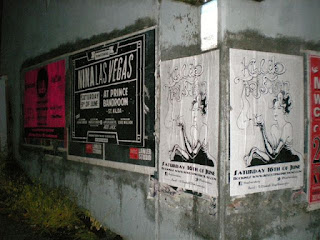 Klub Tristen was an event which took place recently in Melbourne, that marks a new phase in the development of Theatre in Decay, as a feature of the cities' fringe theatre scene. It was a one night only event, so named because it also marks the beginning of Anniene Tristen Stockton's new role as artistic director for the company.
It was a pleasure working with Anniene, and helping develop a promotional poster for the event that, I think you'll agree, provides a refreshing contrast to many of the other posters currently gracing the walls of Melbourne.
We look forward to seeing where Theatre in Decay goes now it is under her artistic direction. 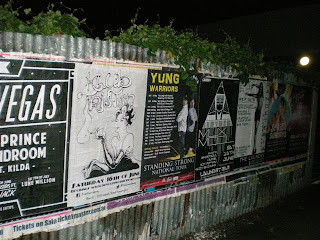