Punitive economic sanctions no barrier to a rich cinematic culture

(This article follows on naturally from my last post and the two can and I believe should be read in conjunction with each other.)

Many people who have grown up in English-speaking societies are completely oblivious to the rich cinematic heritage of countries deemed "official enemies" by the logic of the Cold War. I certainly was for many years.

Thanks to the Internet it is now easier than ever to find out about this history, although to do so may still require dedicated time spent trawling through the pages of IMDB and Wikipedia to find sparsely written articles about films which may, or may not, be available on DVD, and which even then may be untranslated for the English-speaking world. Rarely are they available through corporate 'on demand' services like Netflix or Amazon Prime. Those that aren't readily available in this format may have been posted (in some form) on video sharing sites like YouTube or The Daily Motion, but even then may not necessarily have subtitles.

What I'm getting at is that exploring the full wealth of world cinema can be challenging. But it can be rewarding too when a world opens up to you that you had previously been unaware of.

How interesting it is, for example, to compare Francis Ford Coppola's epic 1979 Vietnam war movie Apocalypse Now with a Vietnamese war movie such as Hong Sen's Canh Dong Hoang (in English: The Wild, or Abandoned, Field), released in the same year. How eye-opening, as a westerner, to see the Vietnamese people (the people, remember, who the United States government claimed to be trying to liberate) depicted as more than one-dimensional characters. In fact represented as ordinary people, often ordinary families, struggling bravely and resolutely in extraordinary circumstances to free their country from yet another foreign invasion.
Perhaps the most striking comparison to make between the two films is in their depictions of the enemy. A US war plane shot down towards the end of Canh Dong Hoang reveals a pilot with a photo of his family back home, effectively making the point that the US draftees have been dragged from their families just as the Vietnamese have been dragged from theirs. This regard for "the other" is not something we are used to seeing in the more imperialistic narratives of US film-makers, which often confine their criticism to depicting the mental degeneration of war on the personalities of ordinary draftees. 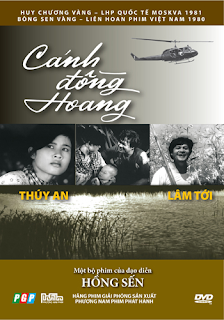 Another Vietnamese film I enjoyed is Em Ba Ha Noi (Little Girl of Hanoi) (1974), which is touching if somewhat implausible. One of the reasons why it is so interesting is because it was filmed in the closing days of the American War, against a backdrop of the genuine war-torn landscape around Hanoi, and perhaps for this reason there are elements that are also more openly propagandistic (curiously, more in the service of Vietnamese nationalism, rather than socialist internationalism). It makes for an interesting compliment to films like The Green Berets (1967), which are also propagandistic (in the service of US imperialism) but for some reason rarely recognised as such by western reviewers.

The cinematic heritage of Cuba, another small country which successfully defied the will of US power throughout the twentieth century, is also interesting to explore. Some Cuban films made in the 1960s, like those of Santiago Alvarez, are deliberately and overtly propagandistic (far more so than anything I have seen produced by the Vietnamese), and combine this with a searing satire that must have played well when imported by art house theatres in the US frequented by members of the burgeoning counter culture. As someone who has grown up with the products of the US counter culture of the 1960s and 70s (especially its music and underground comix), I find this aspect of Cuban films from this time weirdly familiar.
The Alvarez film NOW! (1966) remains a punchy short film against racist police violence in the USA. All of 6 minutes in length, this proto-music video is set to a stunning song by Lena Horne. Other films by Alvarez from the 1960s, such as his tribute to the recently deceased Vietnamese nationalist leader Ho Chi Minh - 79 Primaveras (79 Springtimes; 1969) - are poignant and poetic, whilst maintaining the same kind of remarkable 60s rock n' roll soundtrack as NOW! and some of his other films.
There are other Cuban films from this period that go deeper into the history and identity of a people whose national independence, much like those of the Vietnamese, has been hard won. Humberto Solas' 1969 film Lucia is one of these, telling the story of different stages in Cuban history through the eyes of a different woman, each named Lucia. 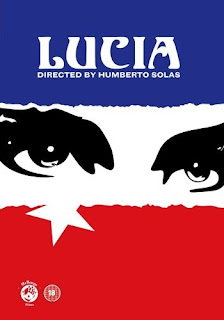 True to the spirit of internationalism that has driven Cuba to deploy its doctors around the world in much the same way as its northern neighbour uses its military, over the years the Cuban ICAIC film company has collaborated with film producers in other Latin American nations on various joint productions. The 1982 Nicaraguan film Alsino y el Condor (Alsino and the Condor) is a notable example.

As a sometime cartoonist the realisation that Cuba has its own distinct animators also came as a surprise. One notable example from the 1970s and 80s are the films starring Juan Padron's Elpidio Valdes, an Asterix-like character who lives at the time of the independence war against Spain at the dawn of the twentieth century. Many film-makers in Hollywood seem intent on going back and remaking old, and sometimes not so old, films of their own country, so that a new generation can watch young actors playing characters they have probably already seen on television or streaming Internet services. This strikes me as such a waste, partly because it makes the studios look very risk averse, unwilling to take a chance on scripts by young, unknown writers, but also because of this wealth of global cinema that if spread more widely could do so much to promote a truly internationalist mindset.

How many people reading this, I wonder, can name a single English-speaking remake of a classic movie from the socialist world? Feel free to respond in the comments section...
Posted by Russ McP at 04:59