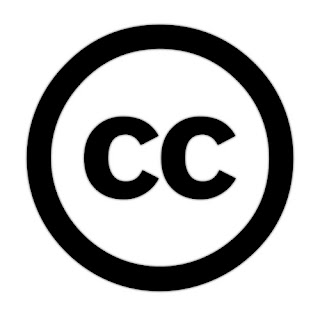 "Gentrification" is a term used to describe the process whereby a previously low rent neighbourhood sees a shift in the core demographics of its population, usually driven by a combination of factors, including increasing numbers of affluent, middle class professionals moving to the area, pushing up rents and providing the economic basis for a more consumer-driven local economy. Other factors usually play a part as well however, not least among them may be decisions made by local councils to make planning decisions which deliberately allocate more land for the construction of luxury flats and none for genuinely affordable, social housing. The result of this process is what many people have described as a kind of 'social cleansing' in which indigenous members of the community find that they can no longer afford to live in the area and are eventually forced to move away.
This process is simply the end result of what happens when individuals, businesses, and government, simply accept the individualistic, acquisitive nature of capitalism as a given. It isn't, of course, and the predominance of this way of life hasn't stopped committed groups of people coming together to build alternatives. It simply makes it a bit harder.

There's always alternatives, often difficult but always worthwhile
What are the alternatives though? I have always been keen on searching out practical examples of living alternatives, in the hope that I may find a kind of reverse process, a "de-gentrification," an attempt (to borrow an old legalistic term) to un-enclose the enclosures of an increasingly privatised world, a world of individuals and nuclear families, competing against each other in increasingly gated off communities filled with surveillance cameras and private security guards.
Sometimes groups of people band together to live communally, not so much like a student residence, but like an extended family, sharing meals and resources, and offering practical and emotional support to one another. But if you are still paying rent to a private landlord you remain subject to rent rises and lack control over how you maintain your own property, so some people form housing cooperatives, becoming their own landlords. The Sanford Housing Co-op in New Cross, south east London is a good example of a large project which has been around since the 1970s. Of course, unless you have a large sum of capital to begin with, you will likely still have to deal with banks and building societies though.
Other approaches are more radical still. Squatting dis-used land is an old practice which challenges one of the very fundamental assumptions of capitalist life - the nature of private property. It is a   practice that has made possible community centres like the Bonnington Cafe in London's Vauxhall, played a significant role in protest movements, and led to the creation of entirely off-grid communities like the threatened Runnymede Eco Village in Surrey.
Of course, living together in a shared house with shared resources, whether by forming a housing cooperative or by squatting it, is really only one manifestation of a broader trend which has had many different names over the years, but which increasing numbers of people now choose to call "commoning" - a handy term which describes the process of either reclaiming the old commons, or creating new forms.

The most effective approach seems to be to build stronger, more resilient communities, capable of protecting their own interests. A good example may be the way residents of the villages to the north of Heathrow airport have worked together to oppose a third runway, which would have meant the destruction of their homes and communities. The key to their success lay in the very broad-based nature of the campaign. While the locals fought for their homes, environmental activists set up community protection camps in the area to create hubs for the local community whilst highlighting the negative consequences for the climate of expanding the airport. The first of these was the Camp for Climate Action, soon followed by Grow Heathrow, which remains to this day. Even the inhabitants of neighbouring wealthier boroughs opposed the expansion on the grounds of increased noise pollution.


During May, following the general election result which returned the Tories to power with a slim majority (a party seemingly committed to destroying all alternatives), I found it quite rejuvenating to be able to pay a visit to the community of my colleague Earthian in the east end of London, just prior to his setting out on the latest leg of his peace pilgrimage, advocating for world peace and a world without borders. Three months into their latest occupation of a surprisingly clean and modern former primary school, the community were having an open day with talks and music, including one given by a speaker from the group Commons Rising, which has helped clarify and give structure to a wide range of different projects I had discovered over the last few years, and many I had not.

So what is the commons and commoning?
Put briefly, the commons (or 'commoning') is a term we can apply to anything that involves ordinary people coming together to create something which serves a communal need, rather than someone's personal profit. In the commons, the only rules are those that ensure everyone profits. But rather than being a form of charity (where the 'haves' give to the 'have-nots' and thereby uphold an essentially unequal relationship) in order to build a true commons, our basis must ideally come from a feeling of equality and solidarity, of shared struggle and shared interests.
Manifestations of commoning does not even need to exist in physical space, like a housing co-op or community cafe. Online projects like Wikipedia and the Internet itself are good examples of the commons taking other forms.
For more information, check out:
http://commonsrising.ning.com/